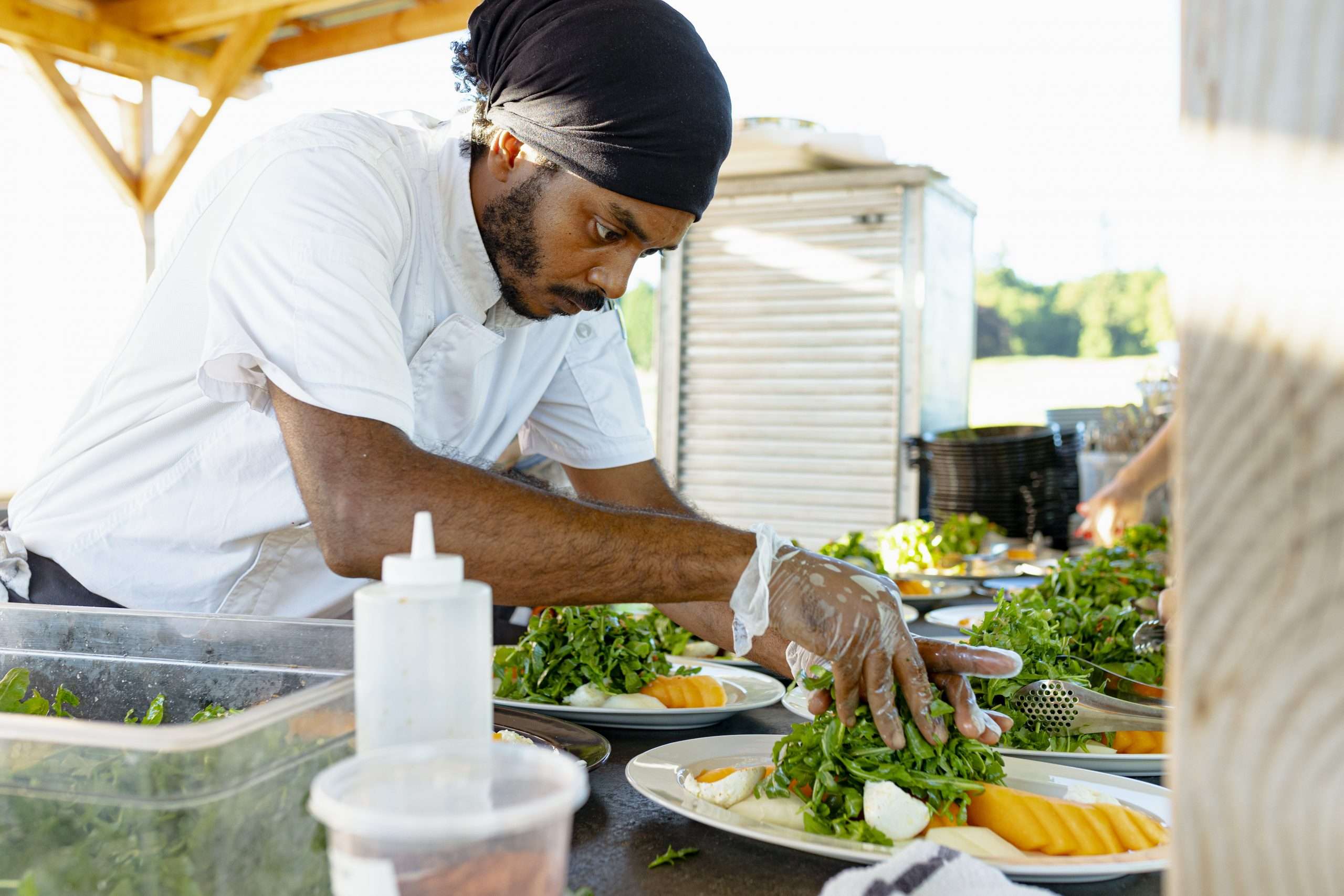 A perfect explanation from Spruce Eats

Farm-to-table is a phrase that can mean different things to different people. At its heart, farm-to-table means that the food on the table came directly from a specific farm, without going through a store, market, or distributor along the way. It is not a regulated phrase, so it can be employed by anyone who considers their offerings to fit the definition. Similar phrases include locally-sourced, farm fresh, and farm-to-fork.

Dining Where the Food Is Produced
In its purest, most honest form, farm-to-table means the table is actually at the farm and cooks or chefs prepare and serve the food at the farm (even in the field), as in Outstanding In the Field events. These are often special meals or fundraisers planned as one-off events. Often a tour of the farm is offered, with the farmer showing and describing the methods used to raise the meat, poultry, fruits, and vegetables. As such, these are educational meals as well as featuring foods that are as local and seasonal as you can find.

Relationships Between Farms and Restaurants
More commonly, the use of farm-to-table emphasizes a direct relationship between a farm and a restaurant. Rather than buying through a distributor or a food service, some restaurants establish relationships with farms and buy directly from them. Farmers benefit by being able to reap more of the profit their goods can earn at market, and many enjoy knowing how their food will be treated and cooked.

Restaurants are usually motivated to these direct relationships by the quality and freshness of the food they get from the farms—items will often be delivered directly to the restaurant within hours of being harvested—as well as the ability to get specialty items that not that many people in their area grow.

In some cases, restaurants and farms may have a fairly deep or serious commitment to one another, with the farm growing produce specifically requested by the chef or the restaurant guaranteeing to buy a certain percentage (or even the entirety) of a crop.

These relationships are made easier in places where there are small farms adjacent to cities. Notably, the state of Oregon has had zoning laws for over a generation that have kept the area around Portland and other cities zoned for farming. As a result, it is typical for restaurants to have a chalkboard listing their farm sources and the farms noted for each menu item.

5 Reasons to hire a catering company

Christian and Janelle’s true north is their passion for cuisine! Having years of experience in some of Las Vegas’s best fine dining restaurants as well as a global perspective, our approach to food is unique. What sets us apart from other catering companies is our background in the industry. As experienced chefs, we can offer custom curated menus which will deliver exactly what the clients’ wishes are in every aspect.

Our menus are reflections of local abundance and we work closely with local farmers and makers. No two events are the same.  We craft each event to reflect the specific needs of the client. We have the ability to set up a remote kitchen in just about any location. All food is cooked fresh on site. We are experienced in whole animal cookery and can offer live fire events.